This Guardian article that discusses how Islamist gangs lure gay men and then torture and kill them by cutting off their testicles and delivering their blood to their mothers, sickens me to my core. I have met a small number of gay men from eastern countries and almost without exception, they are deeply closeted and it’s not a surprise given the climate in Iraq and countries like it. 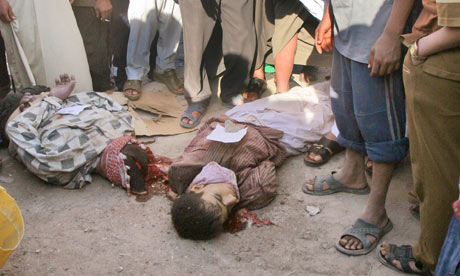 What’s surprising and saddening to me is that, at least according to the Guardian article, this has gotten much much worse since the U.S. invasion in 2003.

While much of Europe (and Canada) allows same sex marriage and the United States struggles with the issue, there are countries like Iraq where gay men dare not express themselves for fear of abuse, torture, and death.

As William Gibson is attributed to saying, “The future is here. It’s just not widely distributed yet.” Here is to the future getting here a lot sooner for many other countries.

I went through my photos to try to find my best sunrises and sunsets. I'm definitely my father's son. Early morning training with the crew at Ocean BeachMorning over BostonBat-dogA GoRuck event in TahoePhoto-bomb!Yet another early morning training sessionRunning breeds cowardice (why do we keep doing it?)

I think this will be the successor to the original Land Rover Defender. In fact, the CEO of the company behind it tried to buy the Defender name from Land Rover but they of course had other plans for it. So he built Ineos (the company) so that he could